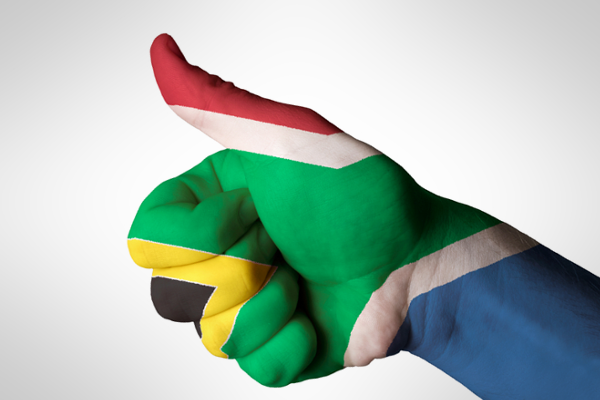 The South African economy is facing an unprecedented crisis, according to the Democratic Alliance (DA), noting that predicted growth for 2015 is forecast at only 2%, while unemployment has risen steadily over the past 5 years, to 34.9%.

“Almost 8.4 million South Africans do not have jobs, while two in every three of those are young people who are left ill-equipped by an inadequate education system. They are not only unemployed, but increasingly unemployable,” said DA leader, Mmusi Maimane.

The global economic climate notwithstanding, the South African economy is underperforming relative to its peers. “This must be addressed,” Maimane said.

He said that the DA’s economic policy sets out a plan to reach 8% growth and make meaningful inroads into unemployment.

The DA has outlined five steps it says it will take to stimulate the economy with immediate effect.

“The core focus of the The DA’s 5-Point Jobs Plan is simple: to get South Africa working,” Maimane said.

The electricity crisis continues to cripple our economy costing us both lost revenue and countless jobs.

On the supply side the DA said it would focus on breaking the monopoly stronghold Eskom has.

“To alleviate the strain in the short term, we would commit an initial R500 million from the Department of Trade and Industry for the purchase of industrial-size generators for manufacturing enterprises,” Maimane said.

“On the demand side, we would encourage electricity suppliers to conclude load-curtailment agreements with their largest consumers, and shift some productive activity to off-peak periods, where possible.”

The tourism and mining sectors have suffered tremendously as a result of incoherent, job-killing policies from the ANC government.

While the tourism sector contributes 9% to the country’s GDP and employs 1.5 million South Africans, the new visa regulations have precipitated a massive decline in tourists.

The number of visitors from China alone has decreased by 38% in the first quarter of 2015, the DA pointed out.

“The DA would immediately suspend and withdraw the new regulations and replace them with responsible measures to ensure the country’s security against threats while preventing economic harm,” Maimane said.

Mining accounts for 50% of South Africa’s exports and almost half a million jobs yet this industry is coming under increasing threat from populist ANC policies aimed at enriching those who have already been empowered.

“The DA would take measures to restore confidence lost due to policy uncertainty surrounding the Mineral and Petroleum Resources Development Act (MPRDA) by limiting the powers of the state and the Minister of Mineral Resources to set prices and change regulations at short notice.

“Further to this, the DA would safeguard against the indiscriminate raising of the 26% B-BBEE ownership level currently required by the mining charter in order to provide investors with greater long-term security,” the opposition party lead said.

Small, medium and micro-sized enterprises (SMMEs) can serve as the engine for economic growth and job creation in South Africa.

“Instead of focusing on procurement, interventions in small business should be preoccupied with combining financing with tangible and effective non-financial support.

“The DA would prioritise the identification and reduction of the regulatory burden of job-destroying Red Tape that serves as a barrier to entry to starting a new business, while offering tax incentives to individual business mentors who shepherd new enterprises.” Maimane said.

In the DA-run Western Cape, a dedicated Red Tape Reduction Unit continues to successfully assist small businesses in navigating the realms of regulation they encounter.

“Our ‘Cut Red Tape Hotline’ for businesses has received thousands of complaints with an 80% resolution rate. The DA would roll out Red-Tape Reduction Units nationally,” Maimane said.

Labour policy must balance the protection of workers’ rights with the need to build greater flexibility into the labour market to make it easier for businesses to create jobs.

In order to stabilise and democratise the labour market, three immediate interventions are required.

The first would be to repeal or amend those sections of the Labour Relations Act (LRA) that give unions disproportionate power relative to employers.

These include provisions on collective bargaining, closed-shop agreements and minimum thresholds for representation.

Secondly, the DA said it would democratise and better regulate strike balloting procedures, and thirdly, it would amend the LRA to address strike-related violence in order to hold unions responsible for the actions of their members.

The DA argues that at the heart of South Africa’s policy uncertainty lies the ideological competition and confusion in the Tripartite Alliance.

This has manifested itself in a proliferation of inconsistent plans and policies, resulting in policy incoherence and, ultimately, policy paralysis.

“While the ANC has lauded the NDP as its overall policy framework, its actions contradict this stance. Providing economic leadership requires a clear, focussed economic policy stance free from internal contradiction.

“This is something the ANC has failed to provide, leaving investors uncertain about the road ahead with regard to issues such as private property rights and empowerment polices,” Maimane said.

The DA said it would seek to restore investor confidence by amending or repealing the most damaging economic legislation that deters foreign investment, decreases job opportunities and increases the capacity for corruption.