De Vette Mossel offers much more than perfectly prepared seafood – this is an experience in unusual and informal surrounding with traditional cape fishing culture in true west coast style!  The only way to really enjoy seafood is in abundance, sand under the feet, the smell of the ocean in the nostrils – right next to the sea.

In December 2004, owner Niël du Bois followed his heart, gave his creative spirit free reins, took the plunge and did what many people only dream about – opening an open air restaurant literally on a beach. Where the best seafood is prepared and enjoyed in Spartan surroundings – just like on the West Coast.
The first De Vette Mossel Beach Seafood Restaurant was born. On an isolated and pristine beach at Groot Brak River near Mossel Bay.
Thanks to the continuous support by our newly found Mossel friends, De Vette Mossel grew and grew. For Niël, De Vette Mossel is still like a vacation – bare feet along one of South Africa’s most beautiful beaches, the get together with old Mossel friends and the making of new ones – every day!
BUT DE VETTE MOSSEL DOES NOT ONLY EXIST BECAUSE OF NIËL. NIKKI GEYER FOR WHOM THERE IS NO SUCH THING AS TOO MUCH TROUBLE, HAS JOINED FORCES AND NOW FULLY OPERATES THE RESTAURANT THROUGHOUT THE YEAR WHEN NIËL IS TAKING A BREAK OR FRYING OTHER FISH.
The dozen or so chefs, cleaners and kitchen staff is a story in its own right. Only jobless people were employed, trained and today they form an integral part of De Vette Mossel. Without them, De Vette Mossel is not possible – they therefore also share in the fruits of success. 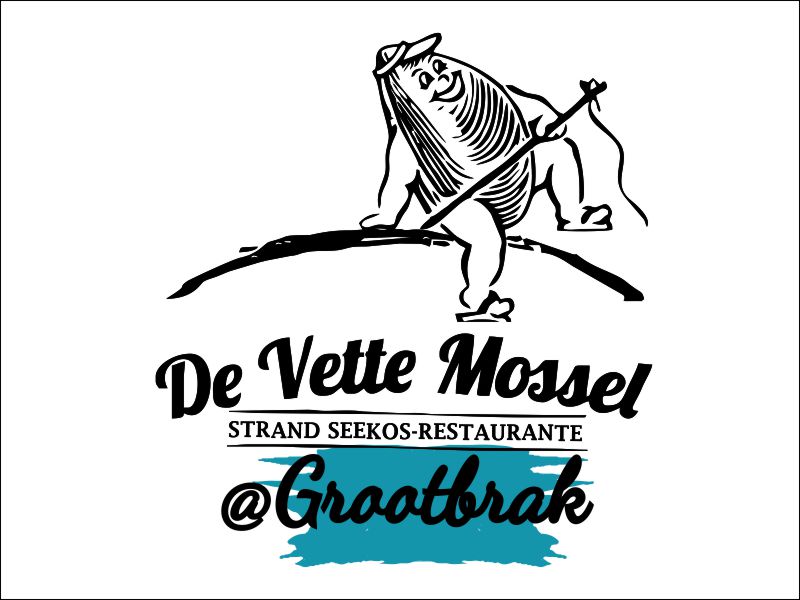