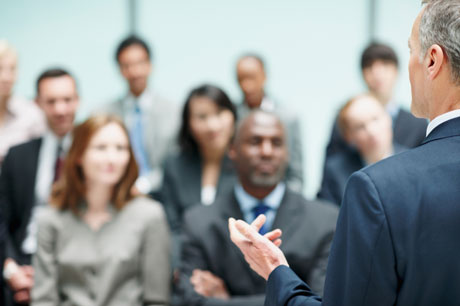 It seems as though you can’t turn on the television or pick up a magazine without coming across a politician or pundit extolling the virtues of small business and the role it plays in the U.S. economy.

In fact, Forbes is currently on the lookout for some of these amazing “small giants.”  It’s easy to see why small business is such a popular topic of conversation. As of today, there are about 30 million small businesses in the U.S., 6 million of which actually have employees. These businesses account for over 50% of total U.S. GDP and 75% of the net new jobs in the U.S.

It’s clearly a big deal, but I for one, think that this renewed focus on small business is only the beginning. There is strong evidence to suggest that we’re witnessing the beginning of a major social and economic shift. As a result, I’ve become convinced that while the 20th century was dominated by the Forbes 400, the 21st century belongs to the “Small Giants” of the Forbes 4 Million.

There are three key drivers of this shift

1. Structural changes in the economy

We lost over 8 million jobs during the great recession, and the sad reality is that many of these jobs are never coming back. Dramatic advances in technology over the last ten years have displaced millions of people whose skills no longer matched their industry’s needs.

This leaves us with a pool of skilled, experienced individuals who are positioned to become “accidental entrepreneurs” by creating or joining small businesses out of necessity.

Next, we have a dramatic increase in demand for niche products and services. The vast reach of the internet as a distribution channel and low-cost advertising through social media has made it possible to cater to the most obscure tastes, quickly and easily.

3. Ever decreasing barriers to entry

Traditional barriers to entry are almost non-existent because of the relentless advancement of technology. In the past, if you wanted to start a business the difficulties of incorporating, developing a storefront, and getting in front of customers was a herculean (and cost-prohibitive) task. Now, a motivated entrepreneur can get up and running in a matter of hours because of innovative technologies such as Etsy, Shopify, and even Amazon.